By Melvin Maya — 3 years ago

In September of 2018, Zach, the main subject of this investigation, passed away unexpectedly. Leaving behind his parents, children, and fiance Kehtra. I’ve known Kehtra since kindergarten when we were just 5 years old. Now fast forward to March of 2019 when Kehtra discovered that I was part of Ghost Texas, and we were conducting paranormal investigations. Kehtra reached out to me via Facebook and began to explain to me about the loss of her fiance and the things that started occurring in her home thereafter. She told me about varying noises she’d heard. Items that seemed to have moved on there own. Sightings of figures or shadows that couldn’t be explained. Kehtra was quite confident that Zach’s spirit was still there, in her home sweet home.

So I reached out to the rest of the Ghost Texas crew so we could schedule an investigation. As much as we would have liked to have the full crew there, only Patrick and I were available for this one. As we do in all our home investigations, we did a brief walk through the house as Kehtra again explained some of the occurrences she was experiencing throughout her home. We set up cameras in just about every room that we could prior to doing our formal interview on camera. We wanted to make sure cameras were running on everything, that way if something happened during the interview we would catch it. While we didn’t happen to catch much during the actual interview, we did begin to capture evidence just after.

As you’ll see in this investigation, we managed to catch quite a few EVP’s, unexplained footsteps, stick figures on the SLS camera and several direct responses on the spirit box. Later into the night, Zach’s father arrived at the residence to participate in the investigation. It was around that time that we began to get a lot more communication on the spirit box, as well as some of the EVP’s.

While it’s hard to say with full accuracy that it was Zach that we were communicating with, there were several responses that only Zach would have known the answers to, especially during the private session with his father. With that being said, more than once we also had female voices come through on the EVP’s as well as the spirit box. So we cannot definitively say if there was more than one spirit with us or not. However, we did not feel that anything present with us during the investigation came across in a threatening manner.

We hope that our investigation was able to bring some peace to Zach’s loved ones.

If you’re not already SUBSCRIBED to our YouTube channel, please make sure to do so, that way you’ll be notified every time we release a new video! You can also check us out on all social media platforms, the links are listed below. Lastly, if you’re curious to know what type of equipment we use for our investigations, we always list it in the video description and at the bottom of our BLOG’s. 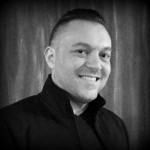 Paranormal Investigator | Photographer | Videographer | Blogger | Vlogger | I have always been fascinated by paranormal activity. As a photographer and videographer, I try my best to capture the mysterious and inexplicable on film. Sometimes we are able to find a logical explanation for what we see, but other times, the events remain a mystery.